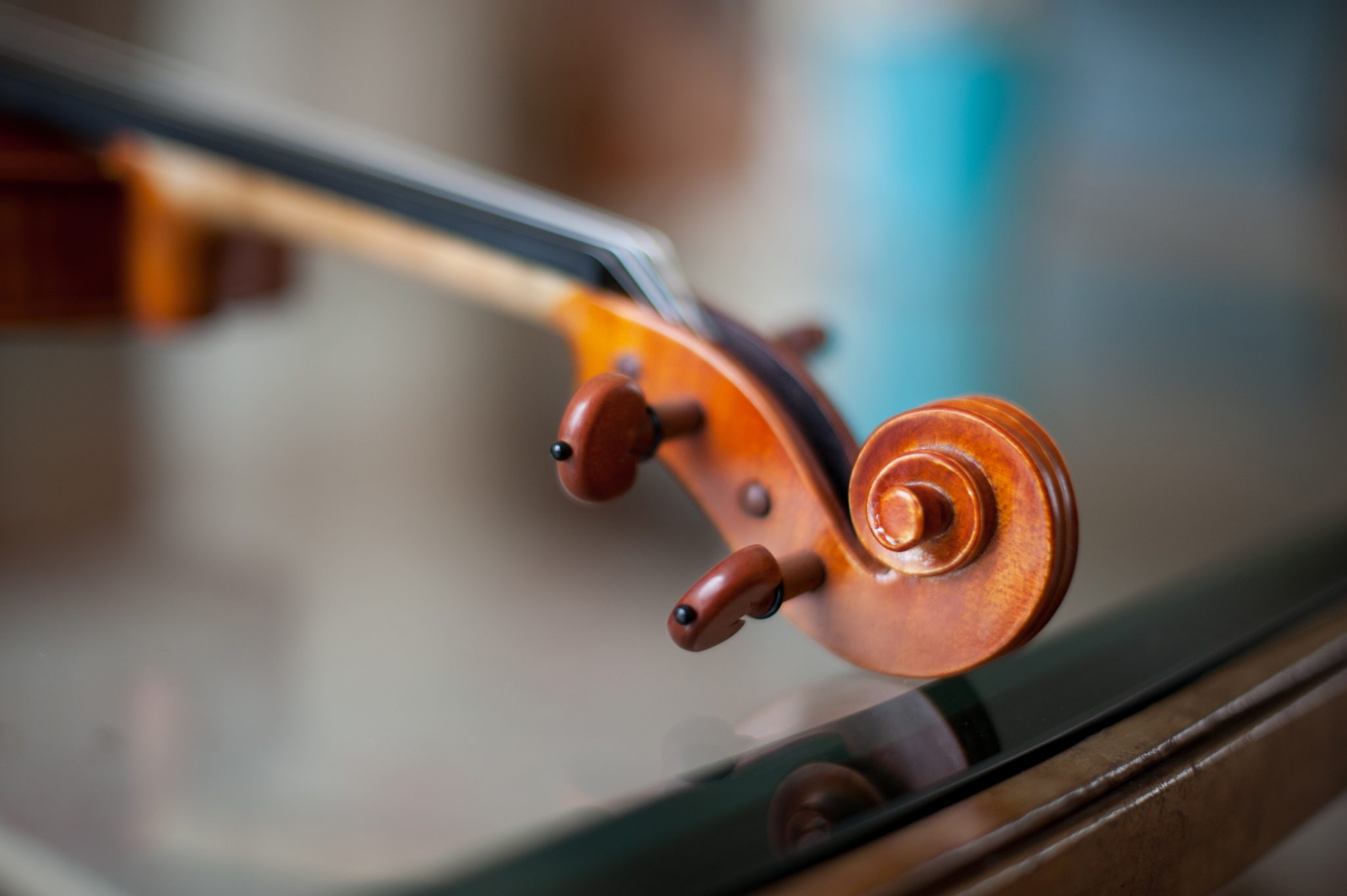 The Tallahassee Homeschool String Orchestra (THSO) is a string education program dedicated to providing valuable ensemble experience to homeschool string students of varying playing levels. It is open to all homeschool students and other interested students as approved by the orchestra directors. All rehearsals begin with prayer and are taught with a Christian emphasis and worldview. THSO consists of six ensembles for students between the ages of 3 and 18, including beginner, intermediate, and advanced groups.

Originally established in August 2014, the Tallahassee Homeschool String Orchestra was originally founded by Jennifer Morgan Clyde and Joanna Pepple with approximately 25 students in the first year. The group has since grown to about 100 students within 6 ensembles and currently meets at Thomasville Road Baptist Church.

Joanna Pepple is a co-founder of the Tallahassee Homeschool String Orchestra, currently directing the orchestras in their fifth year. She is pursuing a Ph.D. in Historical Musicology at Florida State University and has served as a Musicology Teaching Assistant, teaching core music history classes to undergraduate music majors. She earned a Master’s and a Bachelor’s degree in Violin Performance at Appalachian State University and Mercer University, respectively. Her teachers include Dr. Nancy Bargerstock, Dr. Eric Koontz, Dr. Giselle Hillyer, Dr. Jo Nardolillo, Ms. Ginny Respess, and Mr. Benjamin Baxter. As an orchestral musician, she has served as a contract player with the Albany Symphony, Macon Symphony, and Western Piedmont Symphony. At Appalachian State University, Joanna completed her Master’s degree serving as a Graduate Assistant in the Hayes Graduate String Quartet, playing both violin and viola. Wanting to learn more about effective strategies in teaching young children, she completed the Long-Term Suzuki Pedagogy Training (Books 1-10) at East Carolina University under the tutelage of Joanne Bath while pursuing a second Master’s degree in Music Theory/Composition. There she was a teacher in an outreach after-school elementary Suzuki program in Bath, North Carolina, taught undergraduate music theory and fundamentals at the University, and created and managed a music theory lab for tutoring undergraduate music majors. Currently, Joanna teaches violin and viola at both Thomasville Road Academy of the Arts and independently in her home studio. Her dissertation research on the impact of the Leipzig Conservatory on American music education has brought her to study and research in Germany in 2014 and 2015, funded through DAAD grants (German Academic Exchange Service). Joanna loves working with students and sharing her passion for learning and music. 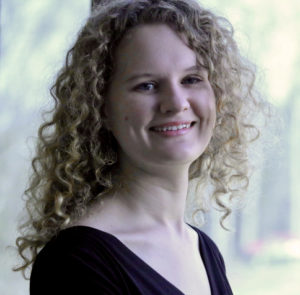 Dr. Marianna Cutright Brickle holds a Bachelor of Music in Violin Performance from the University of Maryland, where she studied with David Salness, and worked with members of the Orpheus Chamber Orchestra and the Guarneri String Quartet. She earned her Master of Music and Doctor of Music degrees in violin performance from Florida State University where she is served as graduate assistant to Corinne Stillwell. Marianna serves as faculty at the Thomasville Road Academy of the Arts in Tallahassee where she teaches private lessons to children and is co-teacher of the Tallahassee Homeschool String Orchestra. Marianna performs professionally in both the Tallahassee and Ocala Symphony Orchestras, and formerly played with the Fairfax Symphony in Virginia. She is an alumna of the National Orchestral Institute and the Brevard Music Center, as well as the Duxbury Music Festival in Massachusetts. In the summers of 2014 and 2015, Marianna was chosen to be a Marian Anderson String Quartet Teaching Fellow. As part of this fellowship, Marianna received intensive chamber music training from the Anderson String Quartet, and gave masterclasses and lessons to young students. In 2016, Marianna taught at the FSU String Orchestra Camp. Marianna has had two residencies at Puerto Rico Baptist College, where she taught violin and piano lessons and presented concerts of sacred and classical music. Marianna and her husband, pianist David Brickle, present numerous recitals each year, and they participated in the world premiere of Nicole Chamberlain’s Flume. Marianna enjoys programming lesser-known American music alongside more traditional classics. 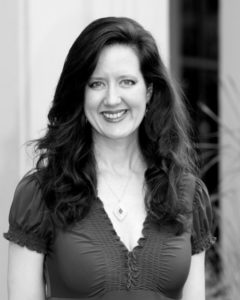 Lisa M. Foltz, holds a Master of Music Degree from Florida State University, and a BA in Music and a BS in Political Science from Jacksonville University, with minors in International Studies and Business Administration. An active leader and participant in Tallahassee’s music community, Lisa is Music Director and Conductor of Rose City Symphonic Band, Music Director and Conductor for the Tallahassee Music Guild’s 2017 Sing-Along Messiah, Associate Conductor for Capital City Band, featured vocalist for Thursday Night Music Club, and violinist in her church’s orchestra. In addition, Lisa has five years of experience teaching elementary strings. For three years, she served as Associate Conductor for a community orchestra. As a conductor, Lisa has participated in workshops in Romania, New York (Bard, Eastman, and String Orchestra of Brooklyn), Virginia (Richmond Symphony Orchestra), Rhode Island, and Florida. A fourteen-year veteran of the Atlanta Symphony Orchestra Chorus and Chamber Chorus, Lisa performed on sixteen ASO recordings, four of which are Grammy winners. With the chorus, she toured to Carnegie Hall five times, Ojai, Ravinia, Birmingham and London England, and to Berlin for performances with the Berlin Philharmonic in 2003, 2008, and 2009. In 2007 and 2009 she was selected by audition to participate in the Carnegie Hall Professional Choral Workshops under Helmuth Rilling. Locally, Lisa has been a soloist with the Tallahassee Community Chorus, the Tallahassee Bach Parley, the Sing-Along Messiah, the FSU Chamber Choir, and at her church. In 2016, Lisa premiered Robert Strobel’s song cycle, “Three Songs of the Librarian” a work written for her following a prior collaboration.  Lisa enjoys traveling with her husband Mark. 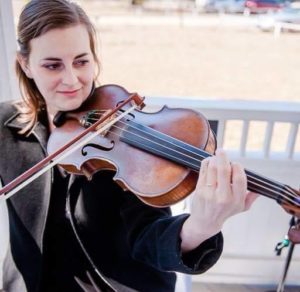 Joann Solari graduated from Florida State University where she earned her Bachelor’s and Master’s in Music Therapy. Her primary instrument is viola and she also took secondary piano lessons. Joann was an Arts After School Director and Summer Camp Director for many years. Here she taught elementary-aged children everything from percussion, to dancing, piano, music history, and theory. She currently works as music therapist in nursing homes and pre-schools as well as teaching private violin, viola, and piano lessons in the Tallahassee area. Joann is looking forward to working with the children and developing in them a love for orchestra with THSO!